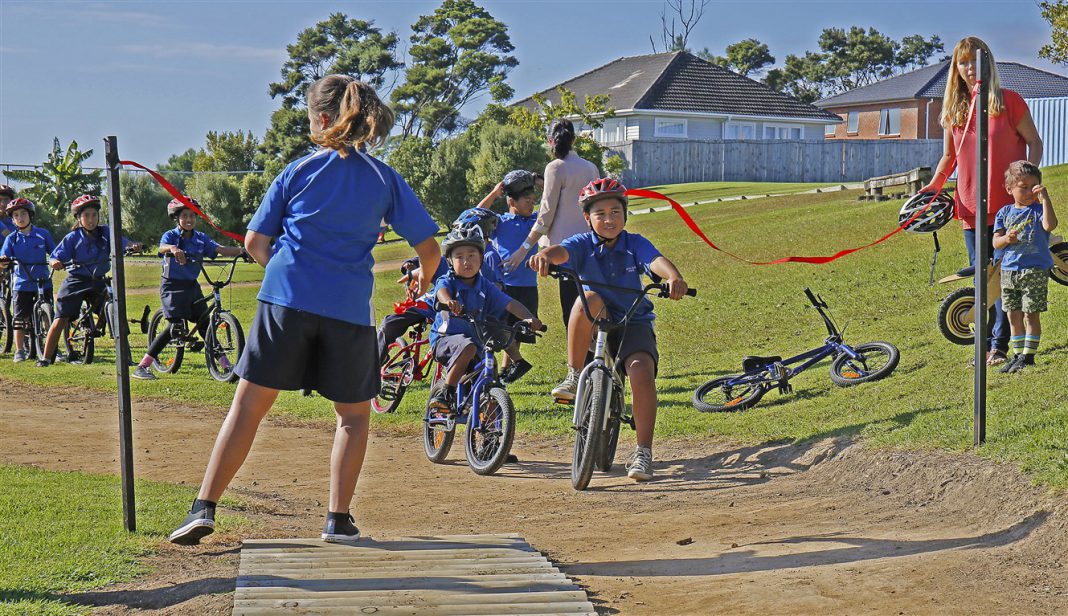 This project involved the construction of a bike track, pump track and skills track at Royal Road Primary School in Massey.

The school had been talking to the Bike On Trust who has helped a large number of other schools around the country with projects to set up bike tracks.

You may not know it but there are a lot of kids in our local community which have never ridden a bike and don’t know how. This is something that we take for granted as most kids rode bikes back in the day.

Learning to ride a bike has a lot of spin off effects including increased fitness and well being and kids who exert themselves whilst riding a bike during lunchtime have been found to have better concentration abilities during their school work. Kids who can learn to ride at school are also safer if they do get their own bike and are able to start riding to school.

Royal Road School Principal Wayne Leighton is now keen to utilise the bikeway along the Northwestern Motorway so kids from Royal Road can visit the Zoo and other locations without needing to hire buses.

This project was headed up within our club by Dave Cocks. Dave spent considerable time liaising with the school, visiting another school on the North Shore who has already done this, discussing the requirements and costs with the constructor, drawing CAD plans for the track and generally project managing the job.

The cost of the project was met by the school, The Trusts Charitable Foundation. Bike On NZ Trust provided guidance and a complete set of bike helmets so the kids can have one each. Henderson Rotary provided funds to purchase 15 bikes, however we must thank our member Dave Cocks for his diligence and project management skills to get this project through to completion. 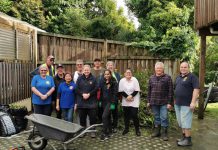 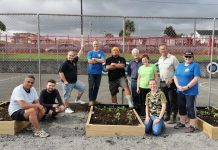